I just read Life of Pi and found it interesting on many levels, not the least of which is the two-story concept—if you don't like how one life story goes, make up another.

It struck me that we all live two lives—the one we actually live and the one we tell ourselves we're living. Of course, this translates to the writing life. If we didn't believe we'd be published, few of us would keep writing. Through the vehicle of our imagination, we tell ourselves how life will go and what its outcome will be.

Also in the writing life is the concept of creative duality, especially in endings. Charles Dickens originally wrote a different ending for Great Expectations but changed it on the advice of a friend to make it more satisfying to readers. In Life of Pi, the writer intentionally provides a second story for readers to consider. Why? Maybe so that we’ll see something of ourselves, as in a mirror darkly. It’s an interesting writing technique—this concept of duality, and one we can employ for contrast like a Rembrandt where light and dark are so clearly what they are because they’re presented side by side.

At one point, Pi, the overarching narrator in Life of Pi, asks the two men whom he has told his story which is better. Both say the more palatable story is better, the one easier on the heart. Pi responds, “And so it goes with God,” as if God has created two stories of our lives, one easier to take because it’s not real and one harder to take because it is. I, too, found Pi’s easier story better, maybe in part because it was the story I was told all along. Only in the end does suspicion arise that this was not what really happened.

One thing, however, is clear—duality makes for a powerful creative tool. The author used it to convey a truth that was evidenced in a paragraph on fear midway through the novel. “real fear … seeks to rot everything … so you must fight hard to express it … to shine the light of words upon it … if you don’t … you open yourself to further attacks of fear because you never truly fought the opponent who defeated you.”

So, instead of being afraid to create, let’s shine the light of words on the next blank page.

For a way to put today's musing into action, check out the writing tip at the top of the list. As always, let us know how it goes.
Posted by Adele Annesi at 11:28:00 AM No comments: Links to this post

Escape: Oh, to Fly Away 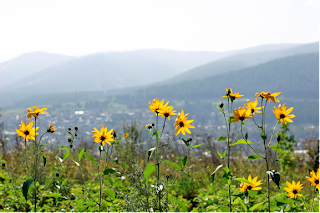 This has been a tough week, as weeks go, with deadlines and drama at every turn, and I continually found myself thinking — oh, that I had the wings of a dove, I would fly away and be at rest, far from the tempest and storm.

The words aren’t mine, though in a way I own them; they’re from the Psalms, 55 to be exact, and they capture that sense of angst that comes from being caught between a place one has to be and a place one longs to be. This week I longed to be almost anywhere besides in my own life.

The gut-wrenching emotional tug of war at times like this is that life doesn’t stop — it actually has the nerve to keep going. Now I know why my uncle kept murmuring, “Stop the world, I want to get off,” while he was getting a divorce. The words are from a 1960s musical, and a lot of people in those days wanted to get off the word, one way or another.

Normally, around this time of year I’d be visiting family in Italy. Instead I’m preparing for a writer’s conference where I’ll be working. I’m not sure it was the wisest choice, but at least I’m not presenting at this one.

The bottom line is, it’s simply not possible to live your life and stop to write, too — the age-old cake story. But it is possible to stop a moment when the sun does shine (it’s been raining for a lifetime in Connecticut). And with that pause that refreshes, I can go back to the business of living and writing, still feeling the tug of both, although a bit more bearable.

For a way to put today’s musing into motion, see the writing tip at the top of the list.
As always, let me know how it goes.
Posted by Adele Annesi at 2:44:00 PM No comments: Links to this post

When the Writing Comes Well

I have a wonderful book called Flannery O'Connor, Images of Grace that 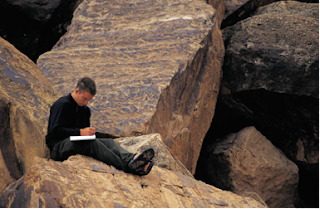 never fails to encourage. It's clear that O'Connor's struggle with writing, lupus and matters of faith were intertwined, that cord of three strands not easily broken. Her honesty about illness ("I'm sick and tired of being sick and tired") and the hardship of writing ("Sometimes I work for months and have to throw everything away") have a purgative effect.

I guess I wasn't surprised to hear her attitude toward writing as a discipline (she wrote daily). It's not unusual to hear the word "discipline" attributed to a bygone era — but hearing someone who left a writing legacy say the obvious — that writing is work, is like hearing someone finally say, "Hey, you know what, the king has no clothes on." Everybody takes a cleansing breath.

So, writing is work. And so is editing. All art is work. And sometimes the only reward for work seems to be more of it. Still, O'Connor emphasized the importance of rigor when it comes to writing. The rest of the quote for June is that talent "… is simply something that has to be assisted all the time by physical and mental habits or it dries up and blows away." Habits like reading and writing continually. O'Connor wrote daily and was honest about how hard it was. "I write only about two hours every day because that's all the energy I have, but I don't let anything interfere with those two hours." She was right about the discipline — when I go more than two days without having written, I lose the thread of the story and the skill in weaving it.

Yet, O'Connor found it important to keep up the habit of writing, even amid the sense of futility, ultimately because she didn't believe the effort was futile. Even after working for months and still having to throw everything away. "I don't think any of that was time wasted. Something goes on that makes it easier when [the writing] does come well." And that's the sense of satisfaction — when the writing comes well.
Posted by Adele Annesi at 1:26:00 PM No comments: Links to this post