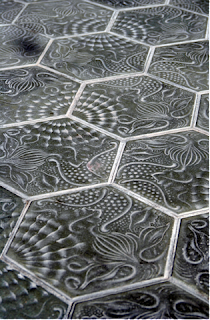 Do you see something of interest in the world around you and replicate it in your imagination so that you can analyze it? If so, don’t worry. You’re probably just a writer at heart—or maybe a mathematician. The other day I was waiting for the morning train, drinking coffee, finishing a chapter of John Gardner’s book The Art of Fiction and listening to a new commuting buddy talk about her interest in literature. As my new associate was talking, I was thinking how much she reminded me of a writing friend and mentor. Then I began musing how much she might be like my other friend or different, about her perspective on life, her longtime interest in literature and how that might inform her thoughts—and the list goes on. Everyone multitasks and multi-thinks, but writers tend to observe something, replicate it in their imaginations and analyze it all in rapid succession. It reminded me of an episode of Nova on fractals, irregular geometric shapes that can be split into parts, each of which is a smaller, albeit uneven copy of the whole. Writers think like this all the time but in a certain context—as fodder for their work. Understanding events, people and human nature, and assimilating this understanding for later use, are part of a continual and often subconscious effort. It revives the argument for always carrying paper and a pen, since electronic stuff doesn’t always accommodate the “jot” of jotting things down. You never know when some revelation might enrich a story or character. It really is all fodder ...
Check out the tip at the bottom of the page, and let us know how it goes.
Posted by Adele Annesi at 12:23:00 PM 1 comment: Links to this post 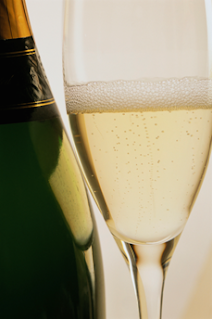 What if the common effort to recapture youth isn’t as much about wanting to be young again (okay, sometimes it is), but about going back to that fork in the time-space continuum where development was arrested by vivcus interruptus to recapture the essence of ourselves so that we could enlarge on it?

Want to know what made me consider that highly philosophical question? It was this line from Ann Patchett’s Bel Canto: “Everything that Mr. Hosokawa had ever known or suspected about the way life worked had been proved to him to be incorrect these past months.” Patchett goes on to say what Hosokawa had thought before being taken captive by terrorists, and how those perceptions proved deceptive. My musing on a longstanding belief about life came from that one line. Patchett’s sentence is a great example of a thematic statement that doesn’t stand out as one, but still prompted me to think thematically about life.

Theme isn’t an easy concept to deal with, so I’ll defer to Donald Maass in Writing the Breakout Novel, in the chapter on premise, where he says that fiction expresses “… our greatest purposes and our deepest desires. They are us. That is the reason we identify with them.” The best treatment of a writer’s premise or theme doesn’t stand out like a road sign, but rises to the surface like champagne bubbles — something to think about while revising …
Posted by Adele Annesi at 1:23:00 PM No comments: Links to this post

Seeing Around Corners: The Bend in the Road Perspective

Sometimes you don't know your character's next move or your plot's next turn until you arrive at that moment in the story. Of course, sometimes you don't know until after, but we'll save that observation for another time. Have you ever walked a familiar path, thinking, I know the turn is here somewhere — I've been down this way before? The spot may be overgrown o 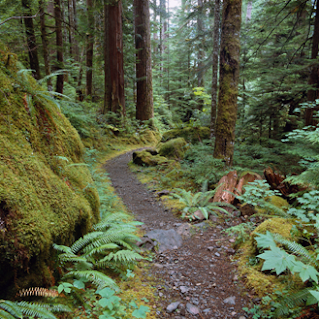 r hidden by a trick of the light, but for whatever reason you can't see the place until you're on it. So, too, with stories. Despite plot treatments and character studies, despite planning and research, sometimes it's impossible to see how to direct the story or depict a character until you're in the moment. It's the organic nature of storytelling. Since you last traveled your story, weeds have grown in the text or your mental landscape has changed. But don't despair; it happens to everyone, especially if you're a writer who takes the road less traveled. "Two roads diverged in a wood, and I — I took the one less traveled by, And that has made all the difference," from "The Road Not Taken," by Robert Frost.

To find that bend in the road and not lose your way, check out the writing tip at the top of the list — and let me know how it goes.
Posted by Adele Annesi at 11:29:00 AM No comments: Links to this post 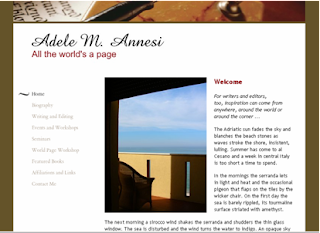 Forgive me for doing a bit of shamless promoting, but here goes ...

Award-winning writer and editor Adele Annesi is launching a new website, AdeleAnnesi, on the theme of place as inspiration to complement her Word for Words and Writing Linx blogs for editors and writers. Pass the new venue along to your writers’ group, and visit the site to leave a comment on the Contact Me page — it would be great to hear from you.
Posted by Adele Annesi at 11:20:00 AM No comments: Links to this post