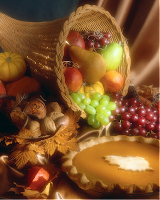 I can feel people’s shoulders relax when they see they don’t have to edit. What a change of pace! But when is it acceptable not to edit? When you’re planning a story or working on your first draft. Experienced writers will say they do edit during these phases so as to save themselves work later. But it’s probably more accurate say that at these early stages they’re more careful about how and what they write. This approach can be beneficial because it can save time on later drafts. But for emerging writers, those who are working on a new project and those who are spreading their wings in a new genre or style, it’s still best to take your editing hat off, or more accurately, to shut off the right side of your brain during the early phases of the work. Consider this perspective from renowned editor and literary agent Betsy Lerner in The Forest for the Trees: An Editor’s Advice to Writers: “Writing demands that you keep at bay the demons insisting that you are not worthy or that your ideas are idiotic or that your command of the language is insufficient.” So, rather than be seized by doubt, seize the day, because time really is short.

The tip today is don’t edit, but do have a happy, healthy, blessed and restful Thanksgiving!
Posted by Adele Annesi at 6:31:00 AM