Reveal Your Characters Through Their Dilemmas

A great way to capture reader interest is to give the main characters of your short story or novel a dilemma that forces them to discover who they really are.

To make the most of this technique, consider these key elements:
It has been said that first we make our choices then our choices make us. This is no less true of fictional characters. There’s nothing like being faced with a problem with far-reaching consequences to find out what you’re made of. When you give the people in your stories a life-altering problem to solve, you give them an opportunity to explore and discover who they are, warts and all. 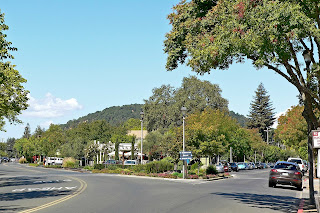 To do this effectively, consider which major problem your main character must solve. Which problem will best drive plot, affect the other characters and serve the story?

To make this technique effective, each scene in your story must reveal more about the characters and advance the plot. In short, what do readers know after having read a scene that they didn’t know before? If the scene doesn’t build on the one before, to expand the reader’s knowledge, then it isn’t a real scene but needless repetition.

Another consideration is the paradox of depicting a character who's unaware of something crucial, for example, a wife and mother who’s always on the road for work and is unaware that her marriage and family are in shambles. The paradox for the writer is that although the character is unaware, the writer must be intimately familiar with these realities and depict them in a way that deepens the characters and propels the story with each new portrayal. In short, the character can be clueless in certain situations but she’s clueless for a reason, and it’s the writer’s job to artfully show why that is.

One major problem a character may face is one we face, too. What happens when someone important to us dies? One way to depict a key character who has died is through self-expression, for example, though letters or journals the person has left behind. In the tech age, cellphones can act as sound and/or video recording devices. However, in each of these techniques, the character is doing the telling or showing. And they may or may not be a reliable source.

A more powerful method is the recollections of others who knew the person. How do they remember her? What do they think of her now that she’s gone? What kind of legacy has she left behind? What were her secrets? Why did she keep them? What feelings does her memory evoke in others? To learn a masterful treatment of these questions, read Daphne du Maurier’s Rebecca, either again or for the first time, to study how the author used other people’s memories, which varied from lionization to loathing, to reveal who Rebecca was.

Like a series of witnesses called to testify to the person’s true character and motives, this treatment allows readers to draw their own conclusions. Of course, the selective memories of others and their responses to those say as much or more about them as about the character, but that’s the point. The testimony of others is an effective way to depict a character who has left this mortal coil, with the added benefit that the portrayal is even stronger because the character is a haunting presence perpetually waiting in the wings.

For questions on depicting characters and other elements of craft in fiction writing, contact Word for Words.
Posted by Adele Annesi at 1:04:00 PM No comments: Links to this post