The Joy of Discovery (Part 2) — You Can't Communicate Without Stories

Part 1 of this post gave an example of the importance of stories, based on an ESL class that was reading about author Amy Tan. When the class was queried about what they would ask Tan if they could, one student said, “I would ask which experiences led her to write her stories. After all, we can’t 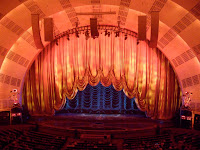 communicate without stories.” This shed new light on why we encourage writers, “Show, don’t tell.” Today, we want to emphasize the joy of discovery part of this equation.

Previously, we noted that readers don’t want to be spoon-fed a plot or characters; the audience wants the joy of discovering the story en route because journey is as important to readers as destination. However, the joy—of discovery and of the journey—is not just for readers but also for writers.

When you, the writer, tell yourself a story and then read it, you learn from your work what the story is and isn’t, who the characters are and are not. You may reread what you’ve written and decide it isn’t what you meant to say, that your main character, for example, wouldn’t do what you’ve just written for him or her, or perhaps not quite as you’ve depicted the scene.

Even so, the gist of what you wanted to achieve is likely there waiting in the wings to be revealed. But this realization often won't come until you make the effort to write the scene you initially imagined. The insight you gain from what works and what doesn't, and why, then becomes part of your wisdom as a writer.

What have you recently discovered about your story or character that came as a result of the joy of discovery?

Do you have a writing question to share? Email WordforWords.
Posted by Adele Annesi at 11:06:00 AM No comments: Links to this post