Fleshing Out the Bones 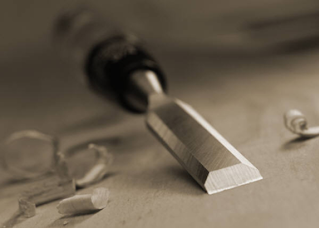 Maybe you've never thought of editing as adding or reworking detail, but under the headings of revision and rewriting (both part of editing) comes the concept that some aspect of the story isn't working because something is missing. Flannery O'Connor felt the same, especially about the strangely vivid people in her stories. "I can't allow any of my characters … to stop in some halfway position," she said. And she didn't. Her characters were fleshed out to the point where readers are often uncomfortable with them, but they're three dimensional and memorable, not clichés or caricatures.

Why do we do all this fixing? To make the work better, and to make the images we've created come alive. "Fiction is supposed to represent life," O'Connor maintained. "And the fiction writer has to use as many aspects of life as are necessary to make his total picture convincing." To achieve this end, perseverance is required. O'Connor felt that way even after working for months and still having to throw everything away. "I don't think any of that was time wasted," she said, believing that "something goes on that makes it easier when [the writing] does come well." And that's the sense of satisfaction and the purpose—for the writing to come well.

To put today's musing into action, check out the writing tip at the top of the list at the bottom of the blog, and let us know how it goes.
Posted by Adele Annesi at 7:36:00 AM