Fire Away: Using Anger in Writing 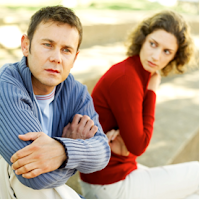 In this day and age, we're afraid to discuss anger, but it's unrealistic to think it never occurs and is never justified. It's when and how to use and convey it that are key. If you're squeamish, think of anger as a passion — a strong emotion that gives depth to your writing, especially your characters. But know that there are two types of anger to deal with — yours and that of your characters. When you're angry, don't wait until you're "over it." Try writing through and with it. When I wrote a piece on Italy for a magazine, I was angry at having to be back in the grind. My anger oozed out in the form of zeal for the country, with all its annoying quirks. People still comment on that story.

As for your characters' anger, consider this from author Brandilyn Collins' Getting Into Character. "When you focus not on the general passion of your character, but on its component parts, its opposite, and its growth, your character will deepen in richness and represent human nature to its fullest." So, the reason to use anger is because it exists and, as Collins says and we all know, "it's with such passions that readers connect." Why do we make this connection? Because a character's response to a situation reflects who she really is. So put your characters in situations rife with conflict, even if it's subdued, and don't be surprised if you can't sharpen the scene until you're one-third through the first draft. That's when you begin to know what and whom you're writing about, regardless of how extensive your plot treatment. When you go back to edit, whether a short story or novel, sharpen the dialog to reflect what's going on within the characters; I like to call them people. You can trim the scene later if you need to, but don't be afraid to let your people get angry; they'll reveal themselves, maybe even to you.

To put today's musing into action, check out the writing tip at the top of the list and let me know how it goes.
Posted by Adele Annesi at 12:21:00 PM No comments: Links to this post 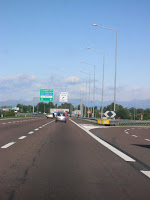 You've heard it a thousand times — "you just need a change." For creative folk, a change of scenery and a change of pace are essential. I just returned from Italy and it did me a world of good even though I dreaded the trip for the upheaval it would bring to my well-ordered life. But upheaval is essential, like a good yanking away of all that safe stuff we cling to daily like a life raft. Before you get envious, this wasn't a pleasure trip, and I despaired of getting any downtime. Still, progress was made for collaboration with two Italian-based publishers, and there were two days of beach time — yes, it was that warm, even though we're now seeing snow in the alps of Connecticut. Speaking of Alps — I saw the real chain encircling Milan like a setting around this crusty jewel of a northern city.

There's no quote or tip for today, except maybe to get yourself away somewhere, even if only in your dreams, maybe with a movie or a picture book of your favorite place, or a place you'd like to visit, and let your mind wander …
Posted by Adele Annesi at 12:07:00 PM No comments: Links to this post